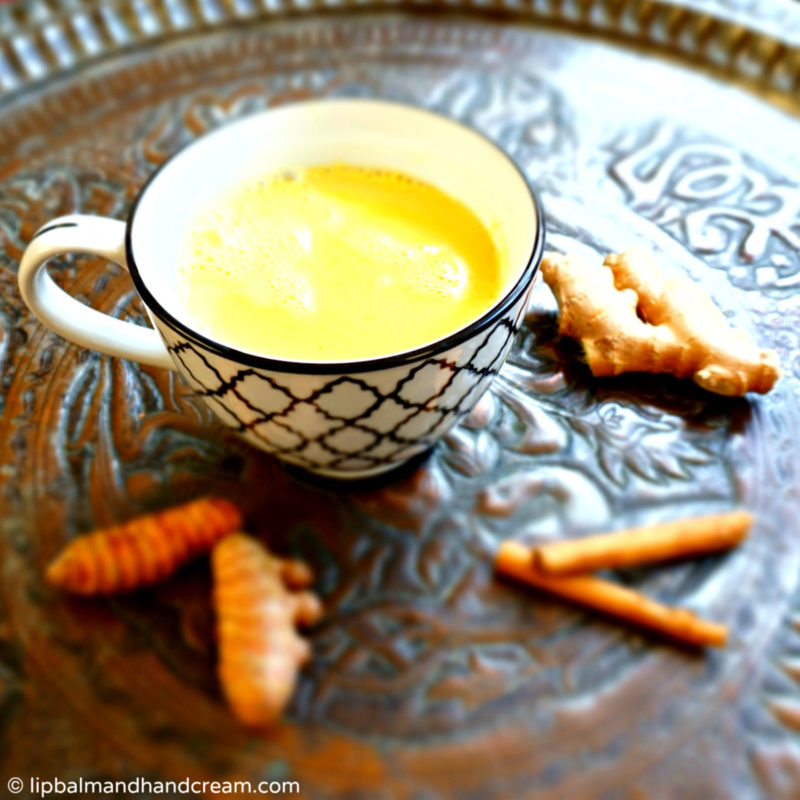 Call it whatever it is you want to call it. Turmeric milk, golden milk, golden mylk (!), turmeric milk tea, turmeric tea – there seem to be lots of names for it. Regardless of what it is called, it seems to have become popular again, and is being adopted by more than the enlightened health conscious gurus. You’ll see it all over instagram and pinterest now. Not a bad thing, I say, as it does help to reinvigorate something old and prevent it from being lost altogether.

Admittedly, it is a trendy drink now. Everyone is trying it. Everyone is adding it into their ‘hygge’ routine (another trend that has gone crazy, and now become somewhat overexposed, in my opinion). Some love it, some don’t. I don’t care much whether it is trendy or not, as it is a traditional Indian drink – haldi ka doodh. My mum used to make this, and several different variations of it, to ward off illness, specifically colds – there is a particularly medicinal-tasting one made of haldi (turmeric), ginger, lemon juice, water, and a tiny bit of honey that was a favourite of hers to give to us when we had a cough. It was hard to drink, but seemed to work, and is still a concoction I make when I need to kill a cough before it starts.

Turmeric is known for its anti-inflammatory and anti-oxidant properties, and is said to be good for skin. It There are lots of other claims made about this spice, such as it helping to prevent cancer, but I haven’t seen it substantiated. All I know is that it has been used in Ayurvedic medicine for thousands of years, both as topical and oral treatment, and therefore cannot be wholly useless. I know that when I eat it, my skin is clearer and I feel less ‘puffy’.

The easiest way for me to include more turmeric in my diet is to drink it in tea, so here is my recipe for turmeric tea using fresh turmeric, which is much nicer to drink than the powdered stuff.

Mix all the ingredients in a milk pan, except the honey, and warm through on a low heat for 3-5 minutes. Don’t boil, just heat gently. You’ll see the milk start to infuse with the colour of the turmeric. Once it’s warmed through, pour into a cup through a tea strainer, which should get rid of the grated spices and large bits of black pepper. Add the honey and enjoy.

The black pepper and coconut oil help the body absorb the active ingredient in turmeric – curcumin. I am not sure how much turmeric, or rather curcumin, actually makes it into supplements, so making this tea seems to be the purest way to get more of this into my diet.

What do you think? Palatable? It’s a great drink if you’re looking to cut back on caffeine. Plus the grated ginger helps with digestion, and cinnamon is said to boost metabolism.

I’d love to hear what you think 🙂